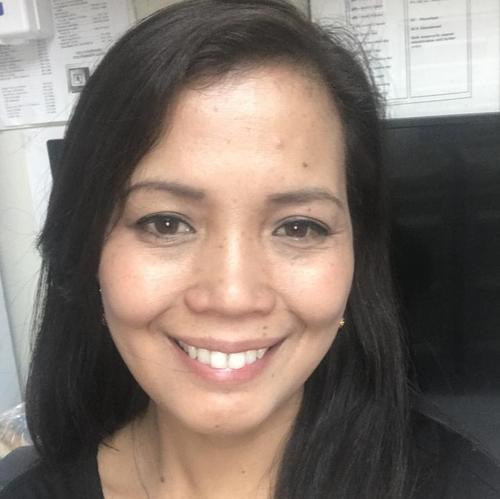 I'm a good nature, compassionate, very caring to people and natural in caregiving, I have 12 hours certification on Caregiver Core, and 11hours certification on Mental Health, and I'm currently still finishing up my 23 hours online class with dementia care certifications. As a young kid at 11 years old, I help take of my aunts mom who had Alzheimer's, took care of my sick brother who was in and out of hospital for 3 months. Later in my life when I got here I got here in the bus by 2008 I took care of my mother who just a had stroke she bed bound for over a year, I was 24 hours caregiver, she recovered from in the middle of 2010, and then early 2012 she was diagnosed of stage 4 lung cancer, I took care of until she past away four months later. After she past then I became my father in-laws primary caregiver as o have been already during the time my mother in-law is sick. My father in-law suffers from deabetes type 2, and dementia was there for him from the beginning until the end stage of dementia and eventually until he past away on June, 2015- I discover since I was young that I love caring for people I love to make people happy,...I know that caregiving is gift that I was born with, I know that this is hard job for a lot people if it's not nature to take on big responsibility. I take that responsibility seriously just like I would care for my own family.

I'm currently working at Majesty Village Home Care Facility for adult from 18 to 60 years old who is suffering with mental illness as one of the care aid at the facility. I've work here since august 2016, I really enjoy working here to help people is suffering with lifelong mental illness. But before my current employment, I was working as private caregiver all around home and health caregiver to my aging parents in-law first my mother in-law who suffered from stoke on june, 2008 I took care of her back to health on 2010. unfortunately in middle of 2012 she was diagnosed with adenocarcinoma lung cancer, i felt fortunate to be there to care for her in the last few months that she need me before she died at her home on november 2012 peacefully. after her death then I become my father in-law's private caregiver done the same care as to my mother in-law, turn out that my father in-law needed so much care as he was suffering from deabetes, and mild dementia but after a year of his wife's passing, his dementia moderate to severe dementia it was challenging as he was progresses to severity of the dementia it was sad, but I'm glad that i was there for him at the end also, I learned a hands on experience from experienced.

Verified Review
You are doing a great job with Sue! Thank you!
Return to Top