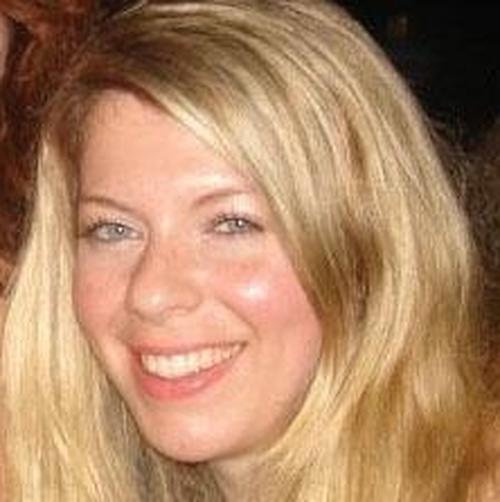 In 1981, when I was a five-year-old child, my mother became gravely sick with an illness her doctors could not diagnose. She often spent four to five months at a time in the hospital, recover enough to come home, but would fall ill again and again with no explanations. This went on for approximately seven years. During the time my mom was home my two sisters, brother, and I did everything we could to make her comfortable that we were capable of doing as children. Yet, seeing my mom in pain and so much discomfort instilled within me a tremendous sense of empathy and compassion. Despite the short periods of time she spent at home between hospitalizations, I developed a deep sense of appreciation for my mother because I missed her terribly. Thankfully, she finally came home and the relief was immense. My grandmother lived with us for 15 years due to her deteriorating health as a result of diabetes, cataracts, loss of hearing, and the loss of the ability to clothe and prepare her own food. I helped to dress her in the morning, attend to her left foot which she almost lost to gangrene. But we managed to heal it and she only lost her left big toe. She was still able to walk albeit with a walking chair. I loved to bake so I would make special desserts for her which she was allowed small portions. It was a great activity for us to bond together. She could watch me make it and give me tips. In college, I became a Caregiver for a quadriplegic man. Although, I didn't have experience caring for a paralyzed man, Michael told me he would explain what he needed on the job. My morning shift started at 7AM and I bathed his nude body, medicated his bedsores, emptied his catheter, performed physical therapy, and fed him his breakfast. If he had chores to complete during my shift, I'd dress him then move him from his bed to his wheelchair and into in his van. Once we finished his chores, I would put him back in his bed, remove his clothing, and clean his apartment.

Executive Assistant to the CEO

• Manage comprehensive calendar for the CEO including client meetings, conference calls, internal/external meetings, and travel • Create PowerPoint presentations for internal use and for Board Meetings • Prepare Minutes for several recurring internal meetings and post them on Google Docs for the Executive Leadership Team and Sales Team • Organize domestic travel arrangements including flights, hotel, and private driver • Photograph the CEO’s notes written on whiteboards in his office and the meeting room then create Word, Excel, or PowerPoint presentations • Responsible for keeping office and kitchen supplies fully stocked by ordering through Amazon • Every Friday, I arrange and order lunch for the entire office according to the monthly theme • Maintain the Petty Cash Log and use my discretion as to when the petty cash would be used such as for Anniversaries and Birthdays • Regularly cashed checks for Petty Cash at Wells Fargo when cash amount was low • Organize monthly Car Detailing for all employees of the firm • Highly sensitive to the confidential information conveyed to me by the CEO or exposed to in meetings • Responsible for personal errands for the CEO including lunch and bringing his personal items from work to him when he is out of the office • Point person for preparing Fedex packages for clients and receiving mail • Liaison with building management for all maintenance required in the office

• Maintained intricate calendar management for the Director of the IDCU • Communicated using text messages and emails to keep the Director notified of updates to her schedule • Organized daily binder that included the Director’s schedule, meetings, documents, and agendas • Prepared confidential materials, correspondence, memos, and reports using Microsoft Word and Excel • Received, analyzed, distributed, and took appropriate action on incoming mail and telephone calls on behalf of the Director • Prepared Travel Request Authorization Forms and made travel arrangements and reservations • Assured out of state travel requests are prepared according to division policy and tracked through final approval or denial • Responsible for coordinating interviews including assembling binders for each member on the interview panels • Liaison among employees in each program, section, and division providing support by formatting Excel documents for ImmTrac meetings

Executive Assistant to the Dean and President

Seminary of the Southwest (Temp Position through Princeton One)

• Organize and maintain the calendar for the Dean and President • Provide administrative support to the Dean, overseeing incoming and outgoing telephone and email messages from the Dean and President’s Office while being mindful of deadlines, confidentiality, priorities, and protocol • Responsible for various duties involving Commencement, the Board of Trustees, and other events at the Seminary • Manage the Seminary’s eleven guest suites for visitors and large groups and communicate with the housekeeper and Director of Facilities Management for cleaning and repair of suites • Organize logistics of all meetings for which the Dean is responsible, including but not limited to, the Board of Trustees meetings and Faculty and Administrative Council (“FAC”) meetings • Coordinate the Dean’s travel arrangements, as directed by the Dean, that may include airline reservations, hotel accommodations, and ground transportation reservations • Prepare check requests, expense reports, and reimbursement requests for all travel and submit to the accounting office

• Provide full administrative support to four engineers • Collaborate in the development of Proposals for new projects using my meticulous writing, editing, and organizational skills • Maintain comprehensive Excel database of all of the projects of the company’s competitors in the Northeast Texas region • Responsible for driving to Waco, TX, to deliver two sets of Proposals for prospective projects • Point person for all vendors involving IT/phone facilities, furniture orders, kitchen, and office supplies • Fastidious in meeting the deadlines of proposals, expense reports, and payments on invoices 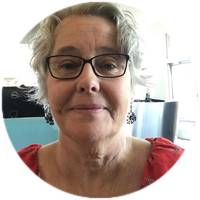 I have had a lot of life experience that makes me uniquely qualified. My family refers to me as the safety officer as I am hyper vigilant to my environment. I naturally express care for everyone around me. I have cared for my mother in my home in the last years of her life. I did all her hospice care before her death in 1999. I love helping and caring for adults in need. I have helped many friends after surgeries during recovery. I am interested in temporary positions like recovery time care or any temporary houshold duties or shuttling. To give caregivers a break might be the perfect temporary position. 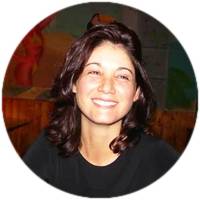 1 - The client is #1, truthful, loyal, on time, patience, compassion, love, quality of work, dependability, good reporting, communication, pleasant, good listener, observant, caring, able to work with tough clients. I speak Portuguese, Italian, English, and I have a good communication in Spanish. I have demonstrated ability to involve clients in social activities, and to provide daily living services with high regard for their privacy. 2 - Caregiving becomes naturally to me. I have been working in the personal care profession for quite some time now. I am compassionate person and enjoy providing care to people of different ages. It gives me great satisfaction to think that I am of help to someone, and the job actually enables me to make a difference daily in the lives of my clients. 3 - Being a caregiver for 12 years has helped me in so many ways. I have worked in Nursing Home, Private agencies, Private families, etc. I love what I do in helping each client I've ever worked with. Taking care of sick people that needs my help gives me joy in my heart, and it let me know they need people to work with them that care. 4 - Just recently I achieve with proud of taking care of a dying client with cancer. I work many hours with all my heart and passion side by side with families and their loved one. The end of the day I was truly proud of my achievement.