Alzheimer’s is a progressive disease that leads to increasing disability over time. On average, people diagnosed with Alzheimer’s live approximately 4 to 8 years after receiving a diagnosis, often resulting in increased healthcare and caregiving needs. 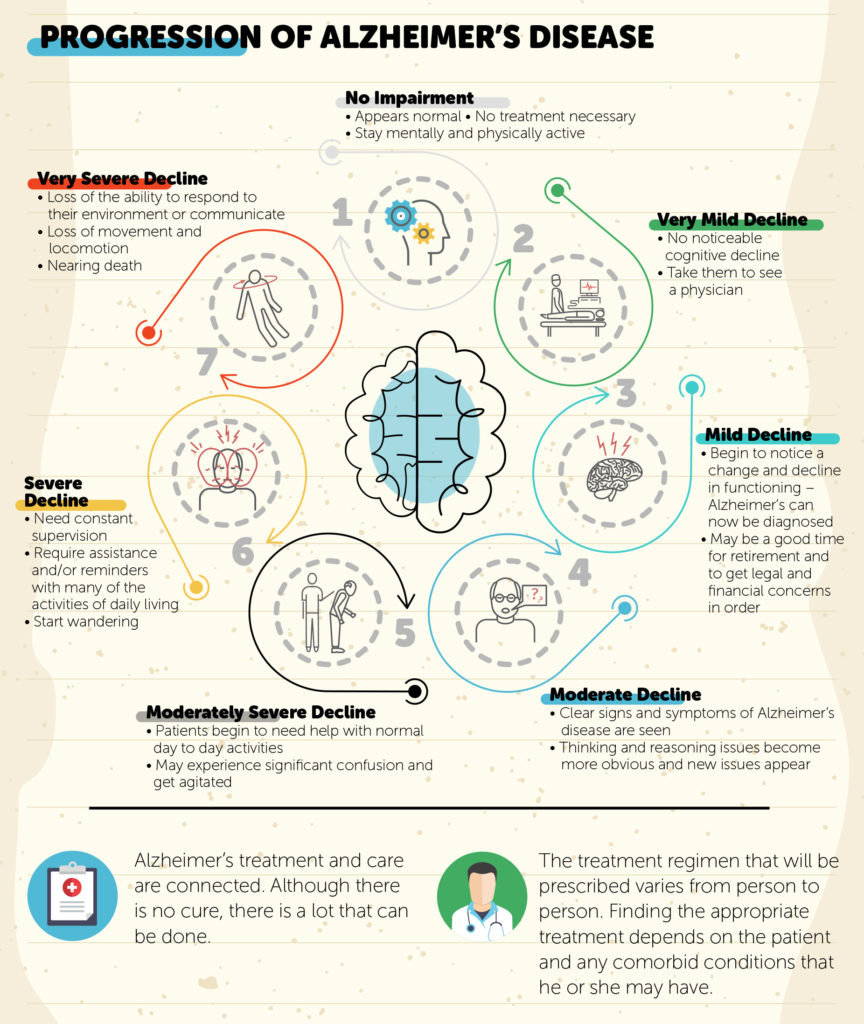 Alzheimer’s disease, also known as senile dementia, is a progressive, neurodegenerative disease that causes problems with memory, thoughts, understanding, and behavior. According to the Centers for Disease Control (CDC), Alzheimer’s is the sixth-leading cause of death in the United States. At this time, there is no known cure for Alzheimer’s which makes early detection and diagnosis of this condition extremely important.

The medical causes of Alzheimer’s are not entirely understood. Researchers believe  that Alzheimer’s leads to a malfunction in brain protein activity, which prevents brain cells (“neurons”) from working correctly. This disruption in functionality causes a sequence of toxic events which result in damaged neurons that eventually die. To learn more about the progressive stages of Alzheimer’s, please visit Understanding the Stages of Alzheimer's Disease and Stages of Dementia: The 3-Stage and the 7-Stage Models.

To learn more about the progressive stages of Alzheimer’s, please visit

Understanding the Stages of Alzheimer's Disease and Stages of Dementia: The 3-Stage and the 7-Stage Models

What are some risk factors associated with Alzheimer’s disease?

How common is Alzheimer’s disease?

Tips, resources, and classes for caregivers caring for someone with Alzheimer’s disease:

Although symptoms can vary, many people first notice memory problems which impacts their capacity to function independently. Additional warning signs associated with Alzheimer’s disease include:

Memory problems.
This may include forgetting important events or dates, or asking the same questions repeatedly.

Disorientation with places or time.
People with Alzheimer’s may lose track of days, seasons, or lapses of time. They may also forget where they are or how they got there.

Trouble carrying out routine tasks.
Individuals with Alzheimer’s may have difficulty completing familiar household tasks, such as doing laundry or making a grocery list.

Difficulty with solving problems or planning.
For example, some people with Alzheimer’s  may have trouble following simple instructions, paying bills, or working with numbers.
‍
Problems with losing items.
This may include being unable to recollect where to find them or storing items in unusual places. For instance, a person with Alzheimer’s may use the refrigerator to store their keys.

Changes in speaking or writing abilities.
People with Alzheimer’s may have problems joining or following a conversation. They may also show increased challenges with their vocabulary and having trouble remembering common words. These issues can often lead to withdrawal from social activities.

Challenges with visual interpretations and spatial reasoning.
People with Alzheimer’s might have trouble with their vision or the ability to interpret what they are seeing. They may have difficulty with spatial reasoning and measuring distance, which can be very dangerous, especially while driving. 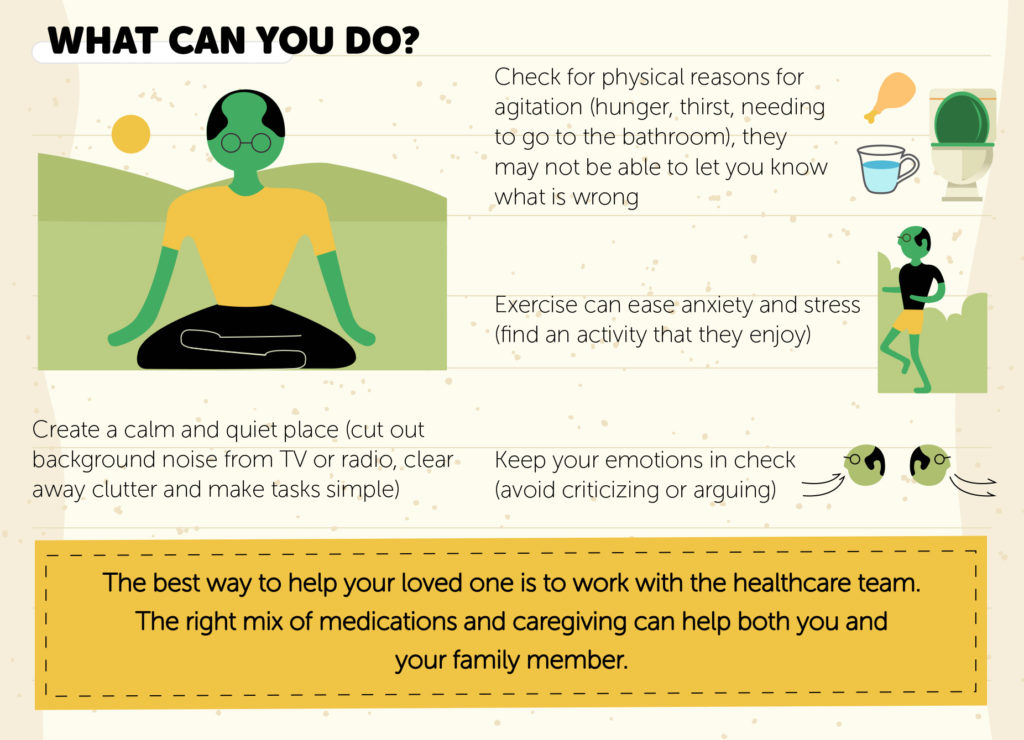 For more tips for caregivers, please visit Help and Support for Dementia Caregivers

Caring for someone with Alzheimer’s can be very stressful, exhausting, and isolating, but it can also be rewarding and empowering. Below are some helpful resources for caregivers.

Remember When to Take Meds

Dementia Vs Alzheimer’s: What Is The Difference?

Understanding The Stages Of Alzheimer’s Disease

Help And Support For Dementia Caregivers

An Introduction To Different Types Of Dementia

Dementia Support Groups, such as ALZConnected.org and Caregiver Nation

Looking for a caregiver
experienced with Alzheimer's?

We have high-quality, affordable caregivers you can count on at CareLinx.